The third book in the HIDDEN TRUTHS series is scheduled to be released JUNE 13th! I am very excited to share this novel with you all. It is different from the first two novels in the series, as it is told in the 1st person POV, alternating between the male/female protagonists.

Blurb:
“Some people say that time heals all wounds, but no. Time only deepens the wound. And when I saw Olivia that night in the club, I realized I hated her now more than ever.”

Connor Matthews, former Marine and gun for hire, is not what you’d call the quintessential businessman. But when his father’s unexpected passing leaves the family business to him and his brother, Connor agrees to take over until his brother finishes his last tour of duty. Connor resigns himself to a life of dull meetings and paperwork, but quickly finds himself mired in his father’s web of shady business deals. And in the midst of the mess is Olivia Taylor, his gorgeous and headstrong ex-girlfriend.
Since they last parted, Olivia has known nothing but grief, heartache, and loss. Despite it all, she’s built a life for herself–a life with no room for the likes of Connor Matthews. She’s survived more than most could endure, but Connor has the ability to ruin everything she’s worked so hard to achieve. She must put the past behind her in order to survive . . . but can she forgive the man who broke her heart? 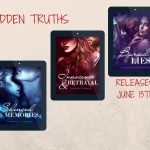 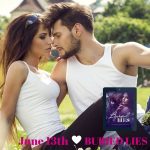