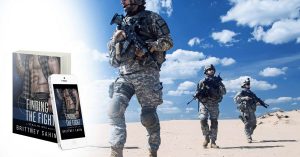 A comprehensive breakdown of the Stealth Ops timeline (including the crossover ties with the Becoming Us series). Check out the new timeline: view.

The Stealth Ops team was first introduced in the books Someone Like You and My Every Breath. Some of the cast from Bravo (and Jessica Scott) operated under the guise of their agency, Scott & Scott Securities (from their NYC headquarters). These operations took place prior to the first book in the Stealth Ops Series, Finding His Mark.

Each book in the Stealth Ops Series begins with the recruitment process for the 10 Navy SEALs recruited to Bravo & Echo Teams.

Aside from Asher Hayes (who replaced Marcus, Bravo Three) – all other recruits joined the Teams in 2013.

Government officials who know of the team / in-charge of launching missions:

Department of Defense Intermediary: Will “The Ghost” Hobbs (no longer active)

Director of Defense: Handlin (no longer active due to health issues)

Other government officials who have worked with the team under the guise of “private contractors”:

Government officials who know of the team / in-charge of launching missions:

Their main headquarters are in New York City where the firm runs its tactical and cybersecurity company. But there are multiple locations around the nation, such as in Nashville (where Luke frequently worked from before meeting Eva, as well as in Charleston).

As of 2019, Luke and Jessica Scott are considering rebranding the agency and ditching the use of their names given Luke’s marriage to a Hollywood star, Everly (Eva) Reed.

Most regular operations at S&S are run by former Teamguys who are not members of the Stealth Ops Teams (Bravo and Echo) & are not aware of the off-the-books missions.

Harper Brooks: New recruit (as of 2019) from the CIA to handle cyber/intelligence as well. She’ll mostly be taking point on ops with Echo Team.

**Characters in the books are mostly in their mid-to-upper thirties & all members of Bravo & Echo were recruited straight from the SEALs for their different skills.

Finding Justice – Samantha (Sam) McCarthy – works for the Intelligence Committee with her father who is the head of the committee. (character inspiration: Jaimie Alexander)

POTUS – The President of the United States